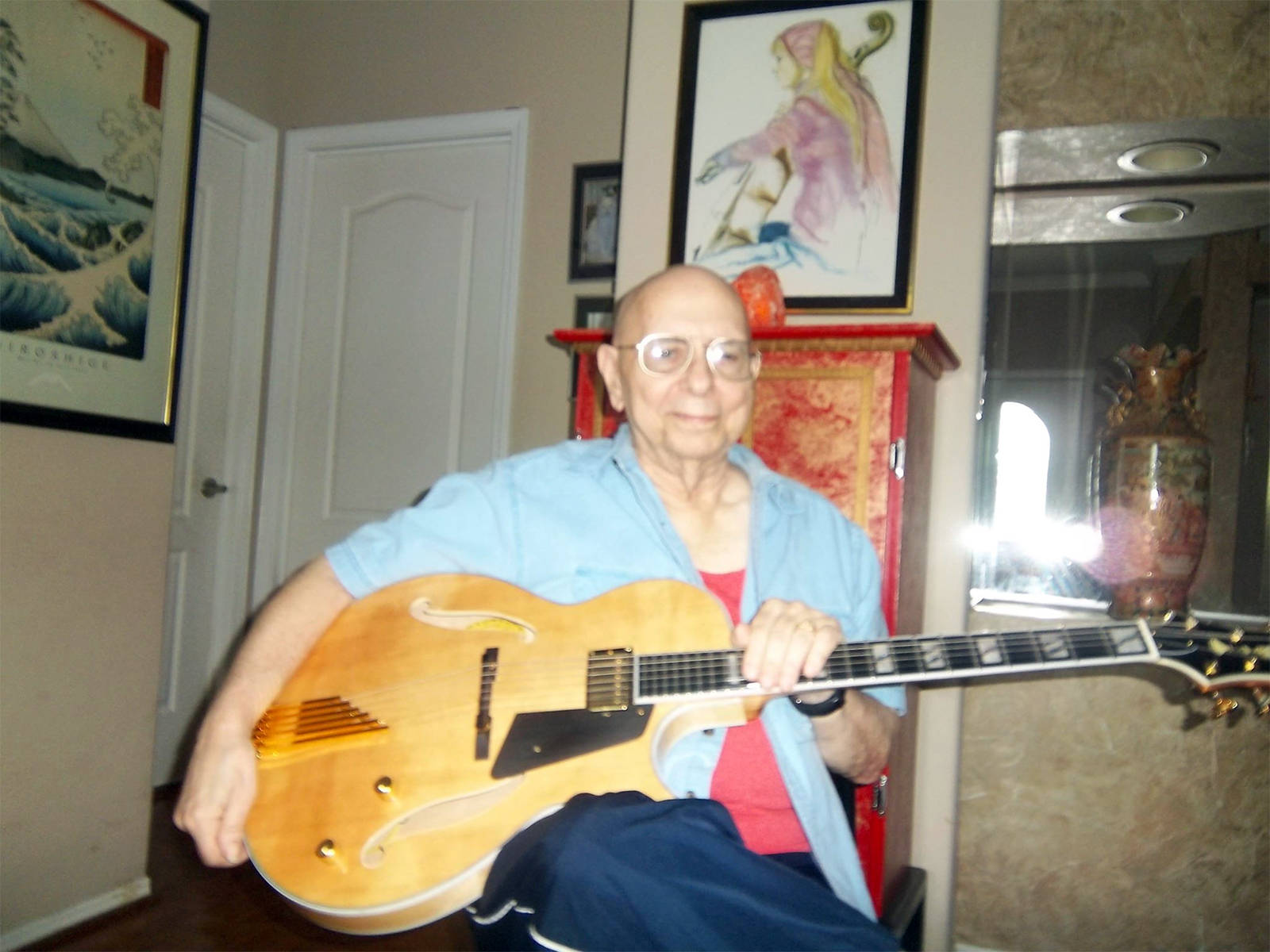 “Robert, Thank so much for your video and the kind words! The Entrada is a beautiful instrument that sounds and looks GREAT!! You have great taste. You have touched all the bases with this guitar. I uploaded a song I hope you’ll enjoy. I will try to get a pic as soon as I can. Remember, I’m over 80 yrs old and I don’t have the chops I used to have. I still have fun though. You have certainly come a long way from shining shoes and becoming a fine musician.  If I was in any way an inspiration to you, I’m really flattered. I wish continued success to you. It’s great to see a fellow musician doing so well. God bless and keep in touch.”

In many past decades, the city of Philadelphia has produced a huge and very well documented body of notable virtuoso guitarists. It’s our pleasure to introduce Bobby DiNardo, as he is one of Philly’s very best. Bobby’s career as a working pro began just after high school in 1955, when he began performing with the Herbie Fields Jazz Group for two years, until Herbie passed away. 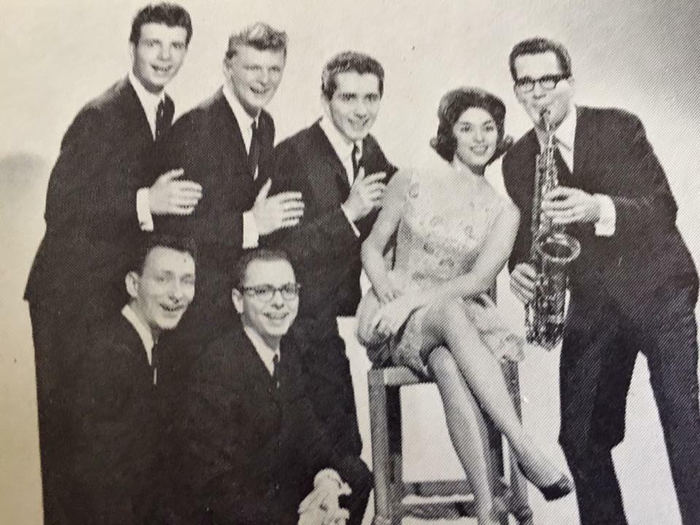 In 1957, Bobby received a call from George Young to join his group as a guitarist, and to utilize his arranging skills for tunes that became some of George Young’s signature performances. During the seven years that followed, Bobby made several great contributions to the success of that group, as he charted the fabulous arrangement of “Slaughter On Tenth Avenue,” which became a big hit for George Young, who is still, to this day, a world renowned saxophone player. In fact, the George Young Group appeared on “The Ed Sullivan Show” and a long list of upscale engagements in Las Vegas, Lake Tahoe and Reno.

In ’64, Bobby left the group for family reasons, and began teaching and accepting engagements in the Philadelphia area. Shortly after settling into the Philly local scene, Bobby received a call for a gig that would become his next major credential – as he accepted the position of guitarist for the “The Mike Douglas Show,” which ensued for the twenty year duration of that popular TV show.

Soon after the stint with Mike Douglas, Bobby accepted a position teaching at “The University of the Arts” in Philadelphia, that lasted nearly thirty years.

Bobby is now happily retired in South Florida, accepting what he described as occasional fun gigs. A tip of the hat and a salute to Bobby DiNardo, for the early inspiration that he unknowingly instilled in my memory. And I am honored that Bobby recently acquired the Conti Archtop Guitar in the attached photo.

As a twelve year old, in the summer of 1958, I was on vacation with my parents in Wildwood, NJ. By a stroke of luck, our rental cottage was just a half block away from the Rainbow Club, where the George Young Group performed through the entire summer. After a week or so of the boardwalk, roller coasters and arcades, I became bored. Being too young to go into a nightclub, and unable to do anything else at night, except sit on the porch, I decided to shine shoes – outside the doors of the Rainbow Club.

That nightly summer experience became one of the most indelible memories of my life. Each time the doors opened, I could hear the intensely captivating sound of George Young hitting notes on the saxophone that seemingly went up to the stratosphere, Bobby DiNardo playing guitar, Freddie Bender’s Hammond organ, etc. As the musical fare in the clubs during that time period, was essentially a menu of great standards with from super musicians. As I had recently developed my interest in playing guitar, hearing Bobby DiNardo and that group was an inspirational gourmet musical buffet – every night.

For those reading this article, who perhaps experienced the great lounge groups of the fifties and sixties, they will understand. A few years later, in 1961, I began gigging with local South Philly groups. I recall that the goal of every group of young kids, was to try to sound like the George Young Group or Louis Prima & Sam Butera. For those who did not experience that era, I included a couple of videos below, from Wild Wildwood, an LP recorded live in 1960. Disregard the “Twist” on the album cover. During that era, nearly everything was associated with The Twist. Enjoy listening to the musicianship in the two tracks below. And most importantly, keep in mind that you are listening to commercial lounge groups of that fabulous era. 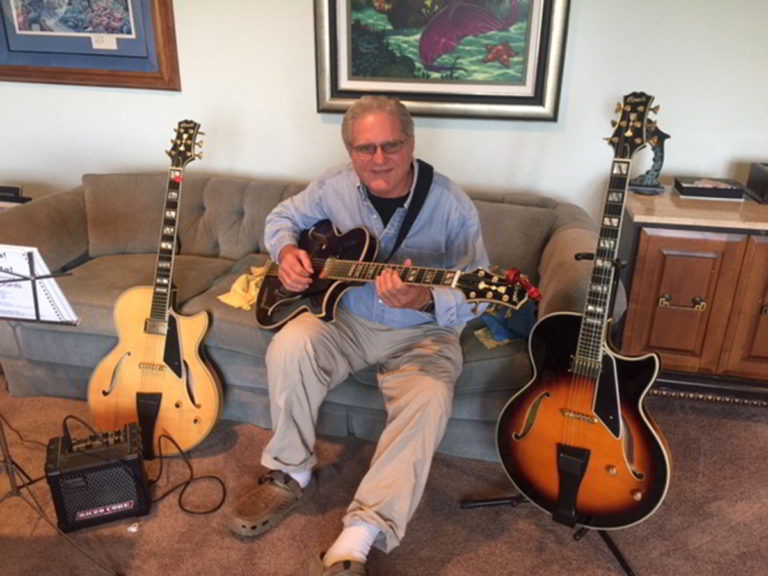 The Best Guitars In The World!

“I want to thank Robert Conti for his excellent products! The guitars (I have 3! 2 Equity Models and now 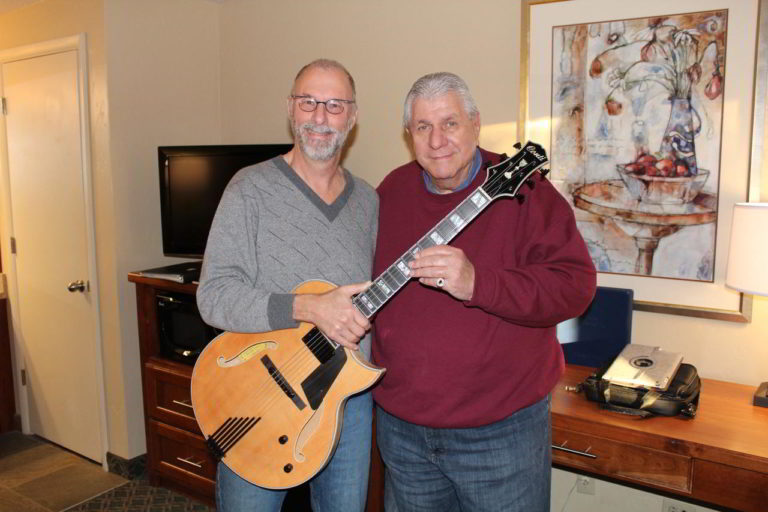 While on his way to visit family nearby, Ron Demone of Calgary, Canada receives a very special delivery of his 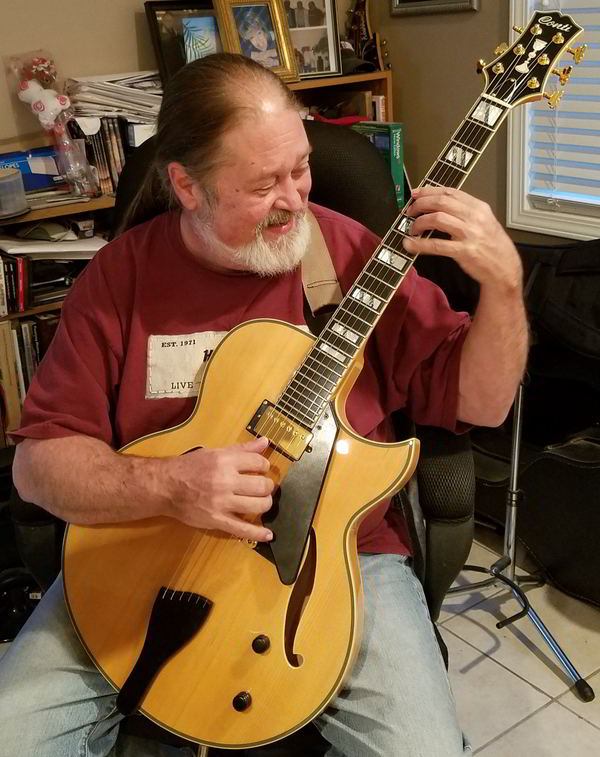 My Heirloom…By Far The Finest

Owned many guitars since I started playing in 1972. My new blonde Conti Heirloom is by far the finest. -David

Go Back To Main Owners Gallery